It wasn’t just athletic skills on the slopes that grabbed the media’s attention at the 2018 Winter Olympics, but also the extra-curricular crafting many of the Olympians took with them.

Brought into the spotlight by the Finns, elite athletes brought their knitting with them to help banish pre-competition nerves. The team credited the relaxing and focused nature of knitting as a source of stress-reduction. Of course, it wouldn’t be an Olympic effort without whole team involvement, with everyone mucking in to make a blanket for President Sauli Niinisto and wife Jenni Haukio’s newborn baby, and in the colours of their national flag no less!

We are #knitting again 😀 In Sochi we made a huge scarf, this time we are knitting a blanket for our presidential couple’s newborn son. 💙🇫🇮#olympicteamfi #knittingteamfi #pyeongchang2018 #olympics #olympialaiset #pyeongchangfi pic.twitter.com/mwKLgh1h2j

Team GB’s Lizzie Yarnold is also into knitting, explaining in a Press conference that after she retained her title as an Olympic Gold Medalist in the Skeleton Run, she spent some down time watching Netflix and knitting to relax. She also spoke to Love Knitting about her hobby, stating

‘I find knitting helps me relax mentally and physically, relaxing my shoulders down and releasing pressure in my neck. I have to have a loose technique or it’ll look terrible’.

In addition to the positive phsycial and mental effects knitting can offer, Lizzie also credited the social aspects of the craft

‘ I can sit and knit with the other athletes and we chat and spend time together.’ 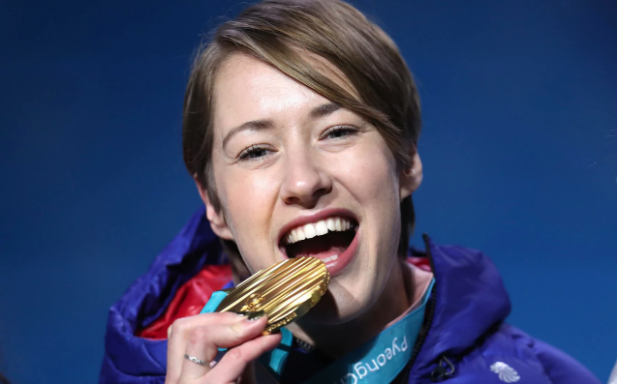 Knitting and Netflix were Yarnold’s first port of call after winning her Gold Medal in the Skeleton. CREDIT: PA

So, more anecdotal accounts of benefits of craft on wellbeing are making their way into the public sphere. But what is it about yarn-based crafts that reduce stress and promote relaxation? Are the benefits of distraction, meditation, or the social interactions that come alongside crafting? Anne has some ideas, which she wrote about for our Team Blog. What do you think?

One thought on “Knitting at the Winter Olympics” 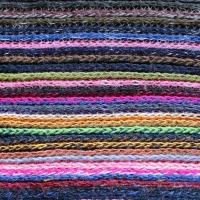