Every year the Research & Innovation Support Network at the University of Oxford hold a conference to, well, support and network with each other. This year (2018) they held a networking lunch, but wanted to put on something for those who didn’t feel like ‘actively networking’ but wanted to get involved at the conference.

The Yarnfulness Project were invited to run a ‘workshop’ about creative wellbeing. We used this opportunity to do some scoping for a research idea that has been suggested to us a number of times; crafting to improve workplace wellbeing. 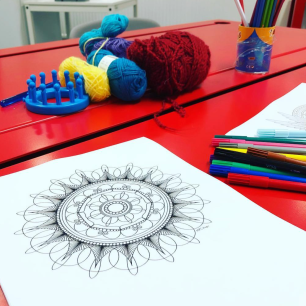 At the workshop we provided knitting, crochet and knitting dolly supplies, as well as colouring in patterns and pens, and the knitting tree was back to take attendees comments!

We gave a brief explanation to attendees about the aims of the project, and then left them to craft for 30 minutes. At the end we asked for feedback on the event (data shown below).

As well as someone who took the whole session to the next level, and knitted us a feedback tag, and decorated it with a comment! 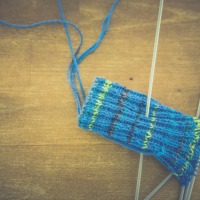